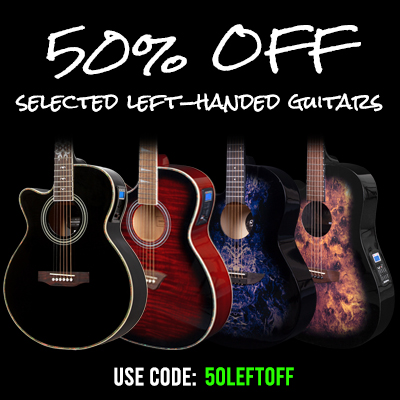 The Little Feeling is a great all-round electro-acoustic ukulele created in the U.K by Lindo Guitars. Developed from the style of its big sister, the Lindo Feeling Electro-Acoustic guitar, the Little Feeling includes the stylish engraved flame pattern around the sound hole. 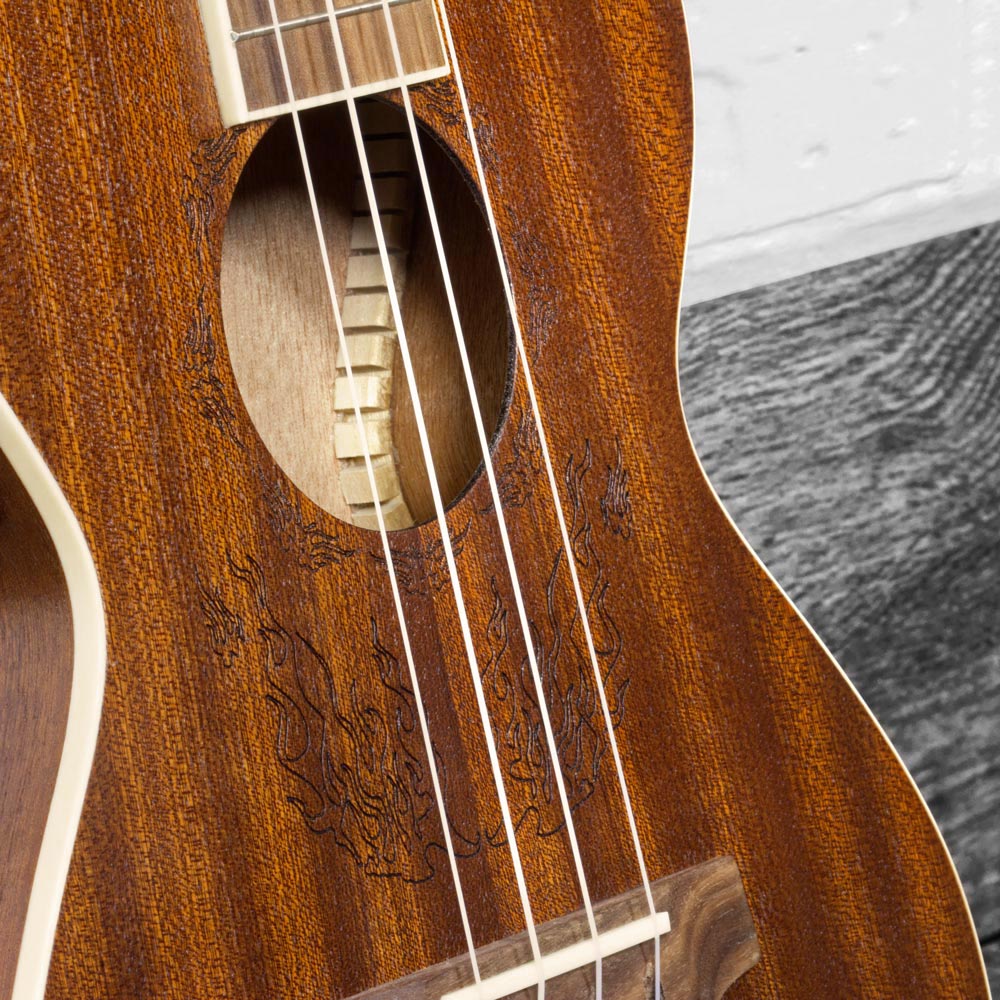 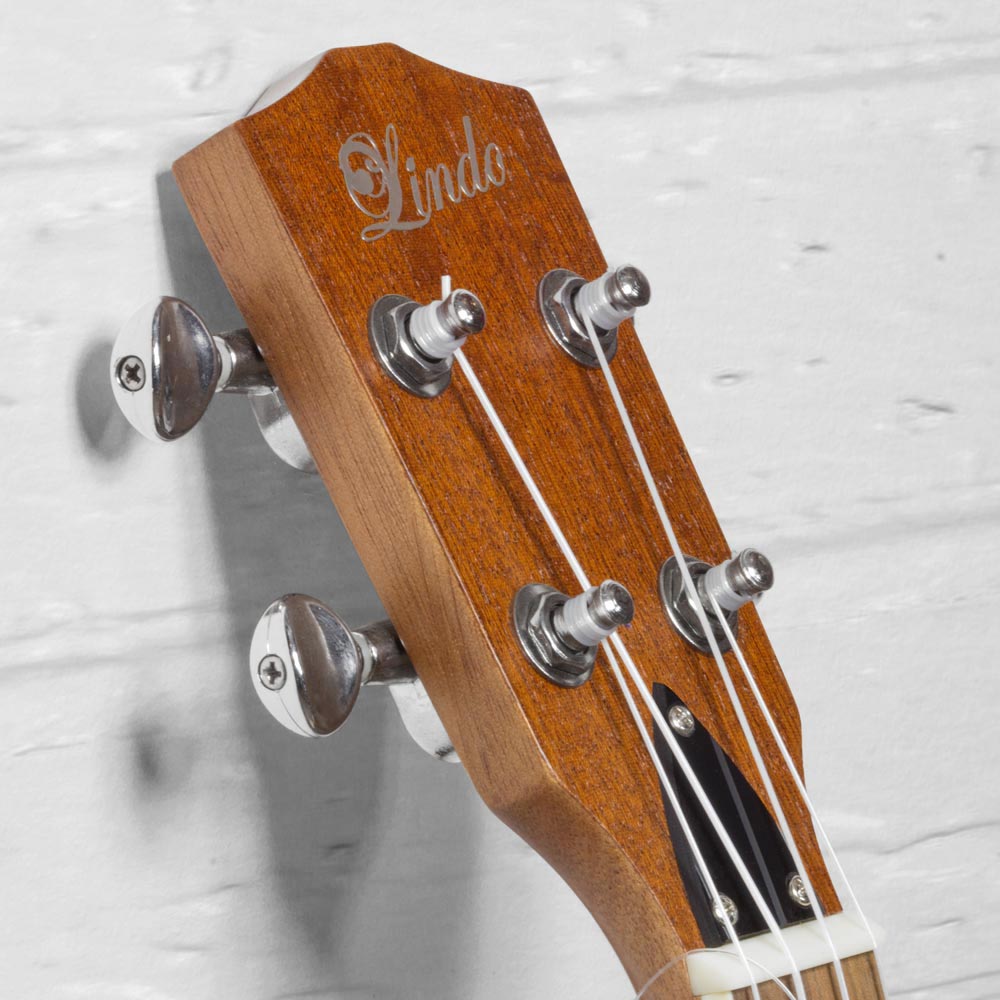 Developed from the style of its big sister: the Lindo Feeling Electro-Acoustic guitar. The Lindo Little Feeling includes the stylish engraved flame pattern around the sound hole and sapele open pore wood finish. The Little Feeling is incredibly affordable and Lindo are confident you will be taken aback with the quality of sound, finish and playability. The unique features on a ukulele with this price tag are sure to impress your friends. There is not a lot more that a player could ask for from a ukulele – sleek and smooth with great string tone – and a joy to play.

The main body is sapele, which gives this ukulele some gorgeous characteristics which are both warm and soft. This means the Lindo Little Feeling has a satisfying bite when finger-picked as well as impressive resonance for strummed chords. The sapele headstock has the classic Lindo metallic logo which complements the black walnut fretboard and elliptical inlays. The die-cast, machine heads ensure the ukulele holds a perfect tune every time.

The truss rod is great for seasonal neck adjustments, which isn’t something you find on ukuleles too often. The on-board preamp with its own integrated chromatic tuner is also a huge benefit. The Lindo Little Feeling preamp has a jack and XLR output, so you can play live, record at home or in a professional studio. The Little Feeling will always let you capture that warm acoustic sound wherever you are. The integrated preamp includes bass, middle, treble controls and a master volume dial. At the press of a button, the backlit LCD display comes to life and shows off the built–in chromatic tuner. The preamp unit also has a low-battery indicator LED so that you know when it is time to change the battery.

A fitted, padded gig bag is included which is ideal for adding extra protection when you are on the move. As well as all the various modes of transport, the Lindo Little Feeling ukulele will easily fit in aeroplane overhead storage. This is the ideal travel guitar…well…”travel ukulele”! 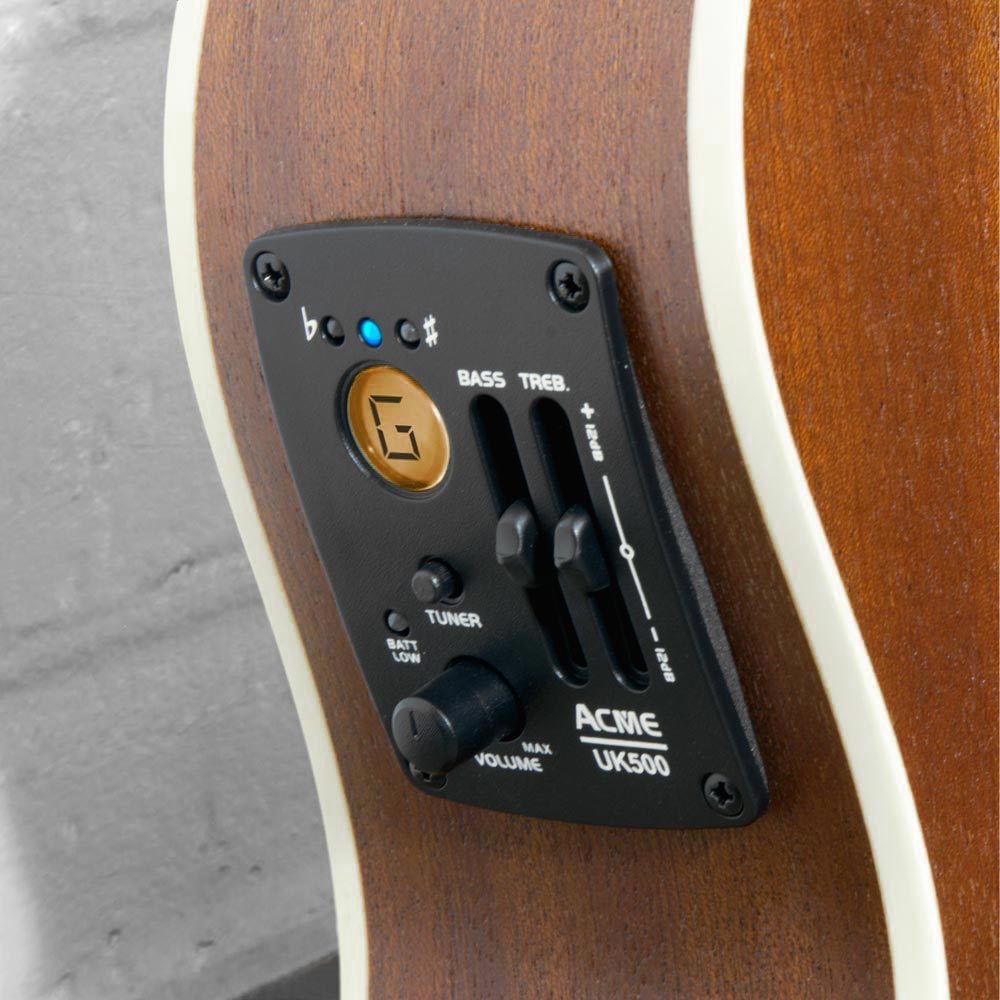 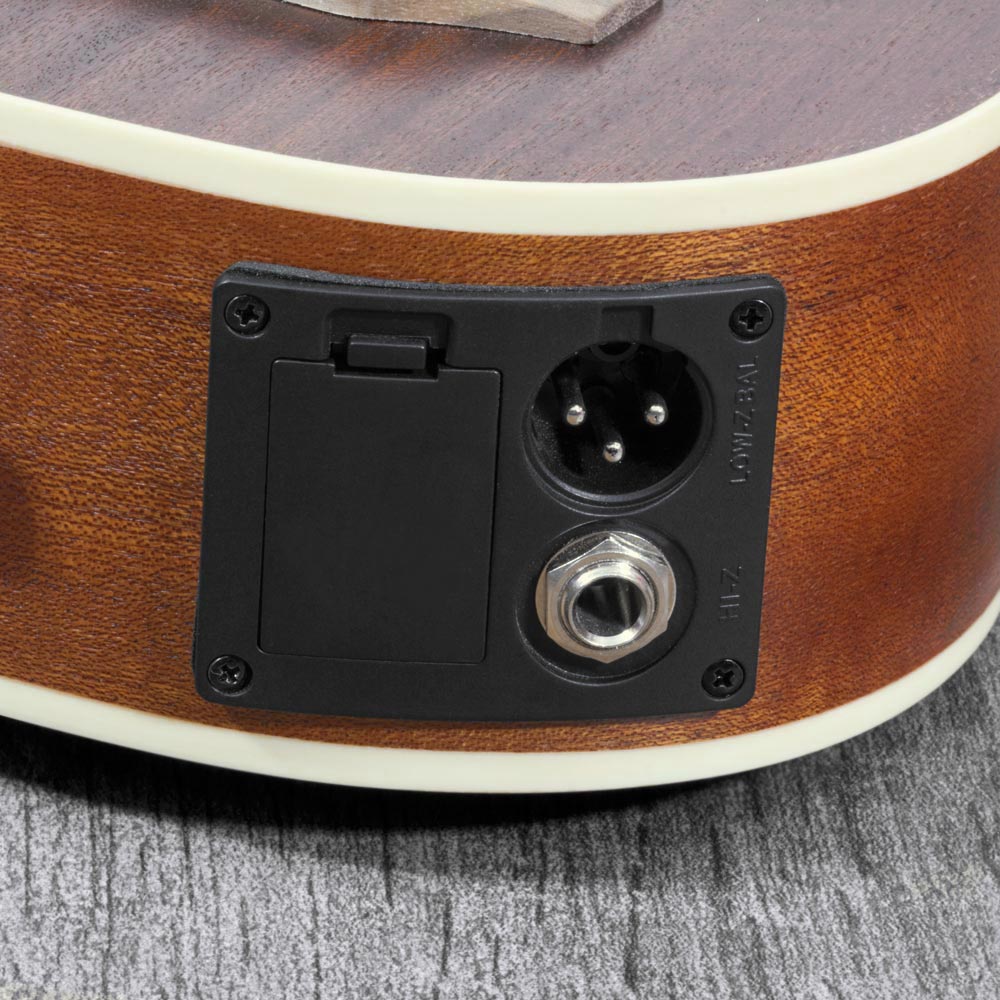